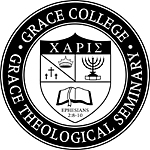 Due to the current guidelines regarding public gatherings because of the COVID-19 virus and safety concerns, please use good judgment in determining the length of your visit or if you should attend.  If six feet of social distancing is not maintained then masks are required for the visitation and service.  There will be no congregating in the parking lot.

Dr. Homer Austin Kent, Jr. of Grace Village Retirement Community in Winona Lake, Indiana went home to be with his Lord and Savior at 10:47 p.m. on Wednesday, September 30, 2020 at Grace Village Health Care at the age of 94.

He was born on August 13, 1926 in Washington, D.C. to Alice Ethel (Wogaman) Kent and Dr. Homer Austin Kent, Sr.  On August 1, 1953 he was married to Beverly Jane (Page) Kent in her hometown of Long Beach, California.   They shared 58 years of marriage and raised three children together before she passed away on July 16, 2012.

Dr. Kent lived in Washington, DC until he was 14 years old when he and his family moved to Winona Lake when his father, Dr. Homer A. Kent, Sr. left his pastorate and accepted a position at Grace Theological Seminary.  Dr. Kent attended Warsaw High School, and then earned his Bachelor's degree from Bob Jones University in 1947.  Dr. Kent then continued with his graduate studies, earning Master of Divinity, Master of Theology and Doctor of Theology degrees from Grace Theological Seminary.

Dr. Kent taught from 1949 to 1999 at Grace College and Theological Seminary in Winona Lake, Indiana, teaching subjects ranging from college English to seminary Greek and New Testament.  He served as Dean of the Seminary from 1962 to 1976.  In 1976, he was appointed as Grace College and Seminary’s third president, and served in that position until 1986.  While president he continued to teach, and after leaving the presidency he returned to the classroom full time until his retirement in 1999.

He also taught around the world, including in Israel, France, Central African Republic, and Hungary, as well as around the United States.  Over his lifetime, Dr. Kent taught thousands to love, memorize, and exegete the Word of God.  Not only was he an educator, but he also authored many books and Bible commentaries.  He wrote commentaries on 15 New Testament books, many of them published by BMH Books of Winona Lake.  Dr. Kent was also one of the translators of the original New International Version for the book of Hebrews.   His published works include:

-- Ephesians: The Glory of the Church (Everyman's Bible Commentary)

-- Light In the Darkness: Studies In the Gospel of John

-- Jerusalem to Rome: Studies in the Book of Acts (New Testament Studies Series)

-- Studies In Mark: The Beginning of the Gospel of Jesus Christ

-- The Epistle to the Hebrews (Kent Collection)

-- Treasures of Wisdom: Studies in Colossians and Philemon

-- The Freedom of God's Sons: Studies in Galatians

-- Faith That Works: Studies and the Epistle of James

-- The Pastoral epistles: Studies in I and II Timothy and Titus

-- The Pastor and His Work

-- Studies in Acts: A History of the Early Church

-- The Glory of the Church: Studies in Ephesians

-- Studies in the Gospel of Mark

-- The Epistle to the Hebrews

In 1999, a residence hall, named Kent Hall, was built at Grace College and named in honor of Dr. and Mrs. Kent.  He always kept active and enjoyed his longtime membership with Warsaw Kiwanis Club and the fellowship of his church family at Winona Lake Grace Brethren Church.  Homer read through the Bible throughout his adult life, including the New Testament in the original Greek, and though he accomplished a lot during his long life, he would most want to be remembered for his steadfast faith in his Lord and Savior, Jesus Christ.

Visitation will be held on Sunday, October 4, 2020 from 1:00 – 4:00 p.m. at Redpath-Fruth Funeral Home, 225 Argonne Road, Warsaw, Indiana.  Homer’s life will be celebrated with a memorial service at 11:00 a.m. on Monday, October 5, 2020 at the Manahan Orthopaedic Capital Center, 610 Wooster Road Winona Lake, Indiana and officiated by Pastor Bruce Barlow.   A private family burial will take place at Oakwood Cemetery of Warsaw, Indiana.