Share a memory
Obituary & Services
Tribute Wall
Read more about the life story of Florence and share your memory.

She was born on November 2, 1917 in Wayne Township, Kosciusko County, Indiana, where she had lived her entire life.  Florence was the second of four daughters born to Lellah Golden Wiseman Quine and Clarence P. Quine.  One day she met a young man at Creighton Brothers in Warsaw and decided at the young age of 19 she was going to spend her life with him.  On April 3, 1937 she married Owen D. Horn.  They were blessed with two daughters and 52 years of marriage before Owen passed away on October 26, 1989.

Thirty years after graduating from Warsaw High School in 1935, she decided to get a college education.  Florence earned her Bachelor of Science degree with honors from Grace College in Winona Lake, Indiana.  She continued on and received her Master of Science from St. Francis College.  She went on to teach for a total of 16 years.  Having taught first grade at Claypool Elementary School and kindergarten at Jefferson Elementary School in Winona Lake where she retired in 1984…sixty-two years after, as a child, she completed 8 grades at East Wayne School (Jefferson).

Florence was a member of Warsaw First Brethren Church for over 86 years and served as deaconess and taught Sunday School.  She and Owen were also active in Gideon’s International as well as serving as past precinct chairpersons for the Republican Party.  She was also a member of the American Association of University Women, Warsaw Historical Society, Daughters of the American Revolution, and delivered Mobile Meals.

The goal she accomplished by her 100th birthday was the completion of 100 afghans of which, over the years, she gifted to individuals.  Florence lived a long and full life in her 105 years on this Earth and will be lovingly remembered as a wonderful mother, grandmother, great-grandmother and great-great-grandmother. 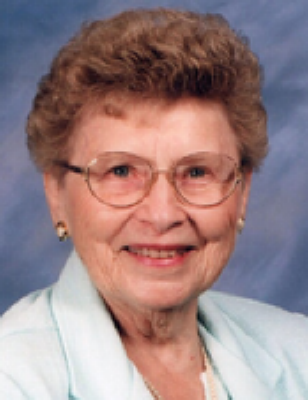