Share a memory
Obituary & Services
Tribute Wall
Read more about the life story of John and share your memory.

John Winfred Davis, Jr., longtime Warsaw resident, former Warsaw city letter carrier, and Warsaw Speedway Hall of Fame Inductee went to his heavenly home on Friday, December 2, 2022.  He passed peacefully at home in Mentone with loved ones at his side stating, “Ya done good” and “I love you, too.”

He was born on July 24, 1940, in Warsaw, Indiana to Glendora (Lesh) Davis and John Winfred “Ted” Davis, Sr. and was welcomed home by his dog, Tuffy, as he circled him in the driveway.  John met Barbara Kay Steiner, the waitress who accidentally served the “coffee drinker” two spoons, and they married on February 7, 1965 at the First United Methodist Church in Warsaw.  They were blessed with 3 children, 5 grandchildren, and 47 years of marriage before Barbara went to her heavenly home on April 14, 2012. John was blessed with 3 great grandchildren since that time.  John and Barb supported their children and grandchildren by frequently attending games, performances, and races.

Big in stature but humble in nature, “Big John,” was a gentle giant who was a kind, supportive, and giving man.  Following in his father’s footsteps, he coached many youth sports teams.  He was a past member of First United Methodist, Walnut Creek United Methodist, and Warsaw Wesleyan Church. His faith in God and prayer and belief in Jesus as his savior, led him to a life of loving and doing good for others, but he never wanted anyone to “go to any trouble” on his behalf.

John was a 3-sport athlete and 1958 graduate of Warsaw High School.  After earning his auto body repair certification from Dunwoody Institute of Technology, Minneapolis, MN, he worked at Nelson Trucking and L&L Body Shop.  He was a Sergeant and was honorably discharged from the Army National Guard in 1969. He was a Warsaw mail carrier for over 30 years, hanging up the mail pouch in December 2000. He retired again in 2019 from delivering paint for Northern Indiana Paint Supply of Warsaw.

John and a good friend built and drove their first race car in the late 50’s. With help from brother, Sam, and crew, Davis Brothers Racers (Yellow Jacket Racing), he was Warsaw Speedway track champion in 1961 and 1962.  After retiring as a driver, he became part of the crew for his grandchildren and great grandchildren as they raced quarter midgets and micro sprints.

His faith and family got him through the journey of the past year, fighting injury, cancer, heart failure, infection, and dementia.  His goal was always to go home so he could continue to be active, including being a part of the “regulars” at Java Jack’s in Mentone.  Whether on a mail route, a race track, or a coffee shop in heaven, John is finally “home,” and he’s probably still “hauling the mail.” 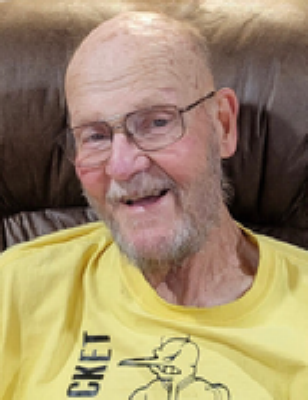