Share a memory
Obituary & Services
Tribute Wall
Read more about the life story of Mark and share your memory.

Mark Andrew Hamilton of Columbia City, Indiana and formerly of Warsaw, Indiana passed away surrounded by his family at 12:27 p.m. on Friday, November 25, 2022 at the age of 57.  He fought for as long as he could but he lost his battle with cancer.

He was born on December 31, 1964 in Mount Clemens, Michigan to Walter A. Hamilton and Marilyn Elaine (Estep) Workley.  Mark was married to Carol Hoover from 1984-1993, though their marriage ended in divorce they always shared their love for their children.  Mark was blessed to share his life again with Lori Kay Dean, and they were married on September 23, 1995.  They celebrated everything in their lives together from birthdays, cookouts, family gatherings, holiday’s and 27 anniversaries before Mark passed away.

Mark was a lifetime resident of Kosciusko County, Indiana where he was a 1984 graduate of Warsaw Community High School.  He attended Ivy Tech in Warsaw for specialty training in the orthopedic industry.  He worked for various orthopedic companies over the years in Warsaw and retired from Biomet in 2006.  For a number of years Mark enjoyed driving the Amish in the area.  When he wasn’t working he enjoyed watching a good game whenever the Indianapolis Colt’s played, Notre Dame, the Cubs and of course watching race cars.  Mark’s true passion was fishing and he always had a good time out on the water relaxing and waiting for his bait to work.

He was loved by everyone who was fortunate enough to have known him, he was a wonderful son, husband, father, grandfather and brother.  Mark’s 57 years on this Earth made a lasting impression on the heart’s of those he loved and he will be dearly missed.

Mark’s life will be celebrated with a memorial service at 3:00 p.m. on Wednesday, November 30, 2022 at Redpath-Fruth Funeral Home, 225 Argonne Road, Warsaw, Indiana and officiated by Pastor Kurt Feneley.  He will be laid to rest at a later date at Oakwood Cemetery of Warsaw.  Friends and family may visit prior to the service from 1:00 – 3:00 p.m. at the funeral home. 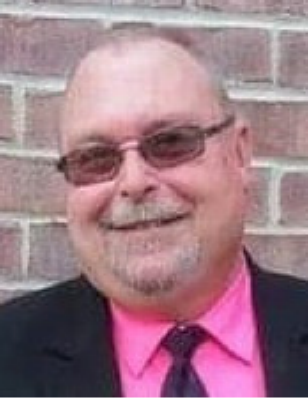