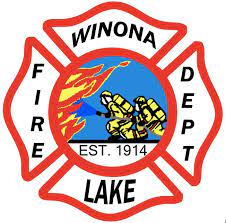 He was born on December 7, 1941 in Warsaw, Indiana.  He was one of three children born to Esther (McColley) Gelbaugh and Adam Gelbaugh.  Roger was a lifetime resident of Kosciusko County where he was a 1960 graduate of Warsaw High School and enlisted in the U.S. Army on October 28, 1963.  He was a Vietnam Veteran trained to be a gunner on the 106mm recoilless rifle and a radio communication operator.  While on active duty, Sergeant Gelbaugh, received numerous recognitions and honors including the Combat Infantry Badge, Vietnam Service Medal, the National Defense Service Medal and the Purple Heart for wounds he received in combat.  He proudly served for three years until his honorable discharge on August 22, 1966.  Roger was honored to be recognized as the February 2022 Kosciusko County Veteran of the Month and humbly accepted his plaque.

Roger returned home to Warsaw and on December 2, 1967 he married the love of his life, Nora E. Spradlin and they were blessed with 54 years of marriage together.  They shared the joy of becoming parents to two children and grandparents to three.  He provided for his family working as a lineman for United Telephone Company and later was a service tech for the company until he retired after 35 years of service in 2000.  Roger always had heart for serving his community and volunteered for over 50 years with the Winona Lake Fire Department and finally achieved the position of Chief for 13 years from 1991-1999 and again from 2003 through 2006.  Roger was always ready to help with whatever emergency big or small came the fire departments way.  He was a longtime and outspoken participant in the Kosciusko County Fire Association, and for many years served as the emcee of the annual county firefighters’ general meeting and fish fry.  Roger was also a member of the Indiana Volunteer Firefighter’s Association and was awarded the Gold Life Membership in the association for his 50+ years of participation.

He loved the fellowship of his church family at Winona Lake Community Church.  He was a member of the American Legion Post #49 of Warsaw, enjoyed his model railroad trains, and going fishing whenever he could especially taking his family on their many fishing vacations.  Roger LOVED his family and was always there for his children growing up and attending many of their school activities.  He relished his new role when his grandchildren were born, and never failed to support them in everything they did.  Roger was a wonderful husband, loving father and grandfather, and friend to many who will be dearly missed.

Roger’s life will be celebrated with a memorial service at 12:00 noon on Friday, June 24, 2022 at Winona Lake Community Church, 902 College Avenue, Winona Lake, Indiana and officiated by Pastor Jeff Fulk.  There will be time for visitation prior to the service from 10:00 – 12:00 noon.  A graveside service will follow at Oakwood Cemetery of Warsaw, Indiana with military rites conducted by the American Legion Post #49, V.F.W. #1126 and active-duty members of the Army Honor Guard.  Arrangements were entrusted to Redpath-Fruth Funeral Home, 225 Argonne Road, Warsaw, Indiana.