Share a memory
Obituary & Services
Tribute Wall
Read more about the life story of Thomas "Tom" and share your memory.

Tom (Thomas T.) Julien of Grace Village Retirement Community in Winona Lake, Indiana went home to be with his Lord on Monday, January 16, 2023 at the age of 91.

Tom was born June 27, 1931, in Arcanum, Ohio.  He was the sixth of Russell and Clara Julien’s seven children.  Raised in a Christian home, he received Christ as his Savior at an early age, and during his teenage years dedicated his life to the Lord for missionary service.  It was at Bob Jones University that he met Doris Briner, whose spiritual experience was identical.  They were married August 21, 1953, and the year following moved to Winona Lake, Indiana, where Tom studied at Grace Theological Seminary (MDiv 1957; DD 1996).  During their years in Winona Lake, they started the Grace Brethren Church in Fort Wayne.

In October 1958 the Juliens left for France, serving under Grace Brethren Foreign Missions (now Encompass World Partners).  After language study in Geneva, Switzerland, and initial attempts in evangelism in Grenoble, France, they acquired the Château, a 14th century property in Burgundy which became a center for encounter and discussion. During the next twenty years, they were involved in the ministry of evangelism, teaching, and church-planting. During this time, the Europe team grew to over 50 missionaries in four countries.

In 1986 the Juliens were asked to return to Winona Lake where Tom became the Executive Director of the mission.  He served for a year as its Moderator. Upon Tom’s retirement in 2000 the Juliens moved to Paris, France, for three years, where they were in a ministry with university students.  Since moving back to Winona Lake, Tom became involved in the development of leadership training both for the mission and the Winona Lake Grace Brethren Church, where he served on the pastoral staff.

Friends and family may visit on Friday, January 20, 2023 from 2:00 – 4:00 p.m. and 5:00 – 7:00 p.m. at Redpath-Fruth Funeral Home, 225 Argonne Road, Warsaw, Indiana.  Tom’s life will be celebrated with a service at 10:00 a.m. on Saturday, January 21, 2023 at Winona Lake Grace Brethren Church, 1200 Kings Highway, Winona Lake, Indiana and officiated by Pastor Kip Cone and Terry White.  Burial will follow with a graveside service at Oakwood Cemetery, Warsaw, Indiana.  Tom’s service will be livestreamed on Winona Lake Grace Brethren Church’s Facebook page at www.facebook.com/WLGBC on Saturday.

Encompass World Partners has created the Tom Julien Memorial Fund to honor Tom’s life of ministry. Gifts given to this fund will be used to bless Encompass ministries that Tom was most passionate about. This includes evangelism in France, leadership development in Central Africa, and partnering with the global Charis Alliance.  To give by credit card or bank ACH, go to encompassworldpartners.org/Julien. 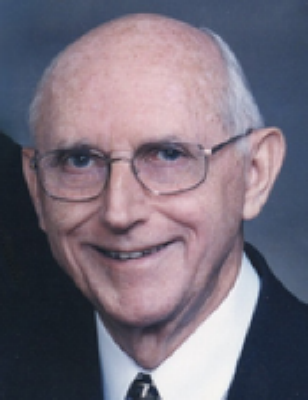